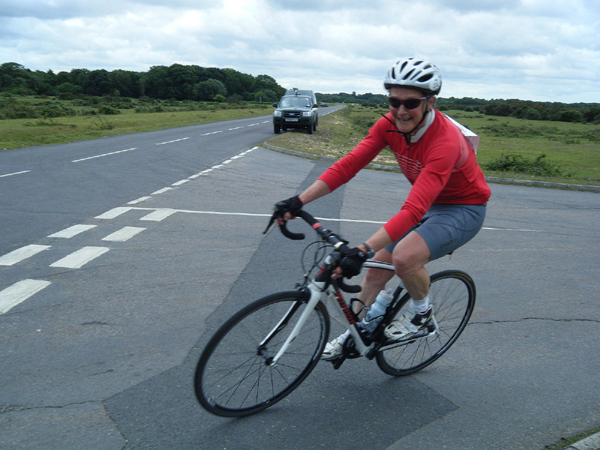 To complete a Middle Distance Triathlon probably wouldn’t be top of most people ‘things to do before you die’ list but I have had this event in my peripheral vision for about 9 months and plucked up courage to enter it a couple of weeks ago.

The Forestman Middle Distance Triathlon is based at Sandy Balls in the New Forest. It comprises a 1.3 km lake swim, followed by a 60 mile ‘undulating and challenging’ bike ride, after which there is a 13.2 mile mainly off road, hilly run known as ‘The Killer’. What could possibly go wrong? Well quite a lot actually…

Pre event I was not calling this a race as I had no intention of racing. My intention was to just get round, in one piece, and hope not to come last.

We had to register at Sandy Balls the day before the race on Saturday 22nd June. Having parted with the £110 entry fee a couple of weeks early I was quite pleased to find the T shirts were not a condition of finishing. (Thoughts of going home now?). 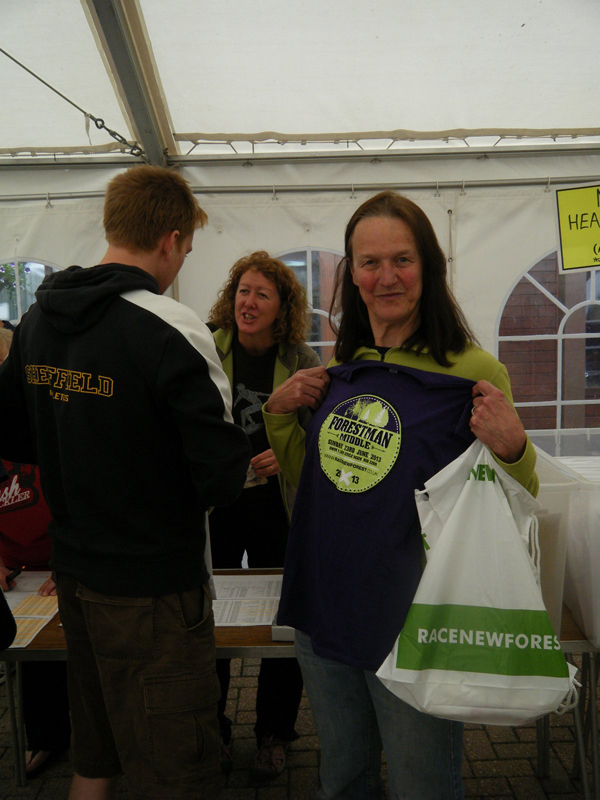 ‘I only came for the t-shirt’!

The bag containing my running stuff was left at Sandy Balls as this was where I would finish the bike ride and Transition 2 – bike to run was at Sandy Balls. We camped overnight nearby and were up at 04:30 shoveling down vats of porridge as pre race fuel.

Porridge overload at 4:45 am

The weather forecast was unfortunately correct. Cold and overcast with a strong north westerly wind.

The race started with the swim in Ellingham Waterski Lake.  There was quite a lot of faff  to do with racking the bike and setting up the stuff to wear on the bike in Transition 1 (swim to bike) before it was time to wriggle into the wetsuit, (with running kit at the ready underneath) and put on the orange hat. 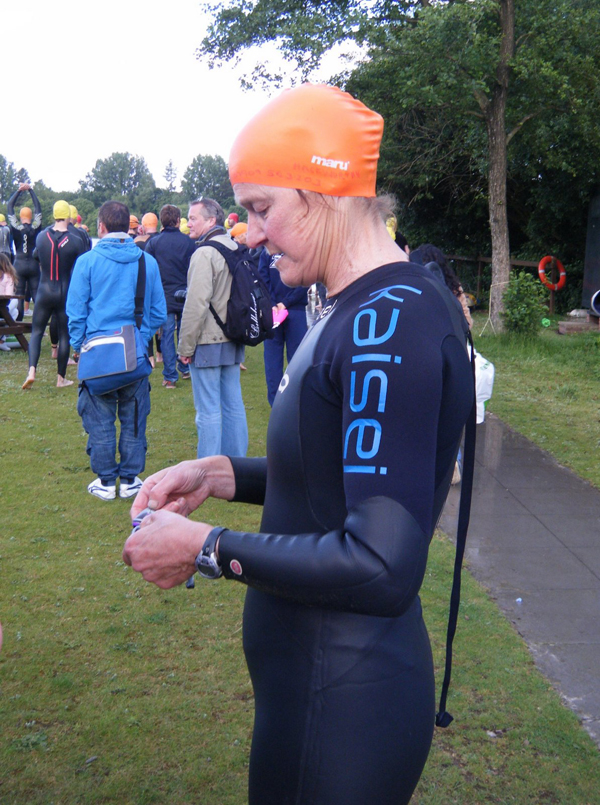 Ready to swim at Ellingham

I was feeling quite nervous at this point – fear of the unknown. However, time accelerated and before I knew it I was in that lake treading water waiting for the start and then we were off.  Apart from it being the wrong colour and not being salty it was similar to swimming in a very calm current free sea. Quite nice. 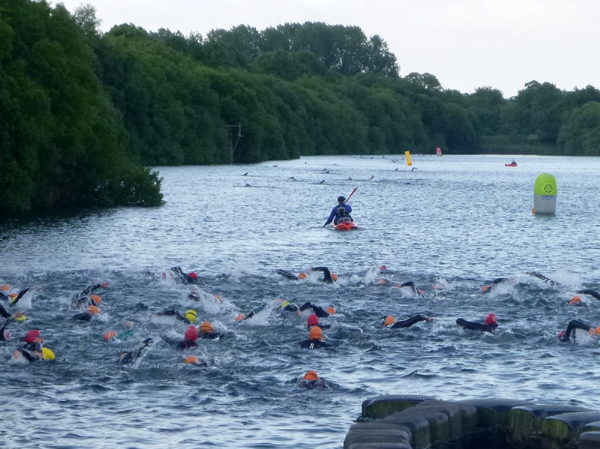 I was round that swim and out of the water into transition in 25 minutes. For the 60 mile bike ride I went for comfort rather than speed and put on a long sleeved cycling top, cycling shorts, socks and gloves. I jogged out of transition in my cleated cycling shoes and out to the road to the mount line. I now have a number on my back and I become a different person. Competitive or what?

I rode as hard as I could, harder than I should have done bearing in mind the half marathon to follow, but I was having such a lot of fun overtaking riders who had swum quicker than me that I really found it impossible to be more sensible.

Flat out on the bike at 50 miles

The wind was very strong and inevitably it very rarely felt like a tail wind. Drafting is strictly not allowed in triathlon so there was no help from anyone else.

The ride was quite a picturesque tour of the New Forest and there were plenty of ponies and foals around to distract. 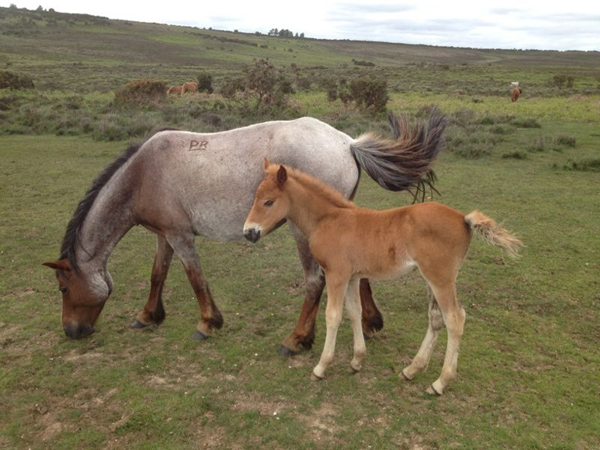 I arrived at Sandy Balls after about three and half hours on the bike – meaning an average speed of over 17mph which for me, on a hilly course with a strong wind blowing, is very fast. Clip, clop along to Transition 2, rack the bike and then get the cycling kit off.  I had swum in the running kit so it was all there ready and it was just a matter of putting my running shoes on – and running. These were legs that were not that keen on running.

However I got going and plodded away at the first 1.5 miles away from Sandy Balls – uphill.  Then followed the 10 miles off road part of the run.  This is a very nice place to go for a walk.  The track is rough and gravelly and it mostly goes up and down.  There is one flatter section on Hampton Ridge – fully exposed to the strong wind on the way out but pushing along behind on the way back – also uphill.  I made the most of the downhill sections. I run a lot on the South West Coast Path and so I am quite used to running hard down hill.   I managed to overtake a few people and generally held my position until about 11 miles 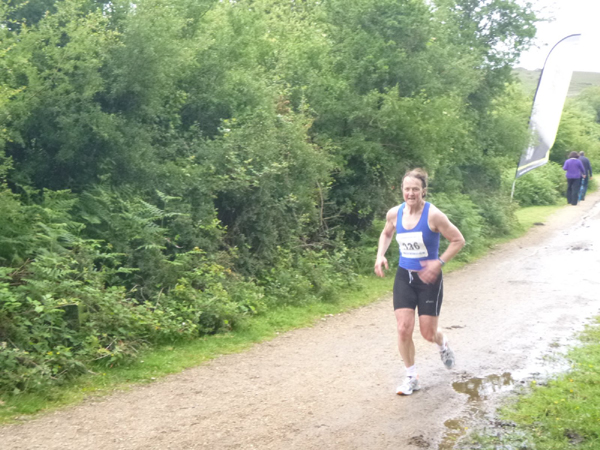 10 miles into the run at Abbots Well

when that imprudently fast bike ride caught up with my legs and I slowed to a jog.  Sadly two women overtook me in the last couple of miles but there was nothing I could do about it.  I had given my all.

It was a very tired bat that eventually arrived at the finish at Sandy Balls just over 6 hours after starting the swim in Ellingham Lake. 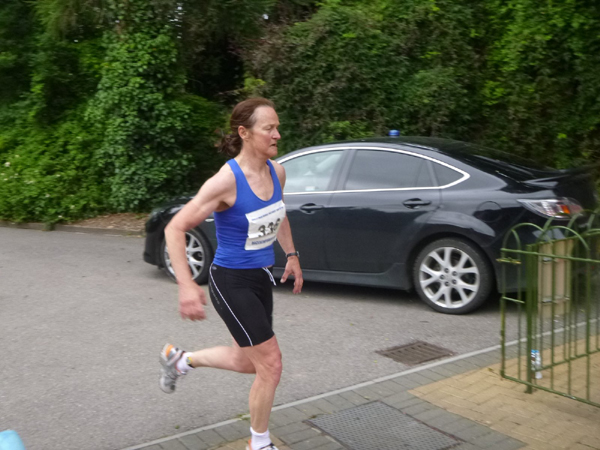 At the finish line!

I quite enjoyed the day and was pleased not to suffer any problems with equipment.  It is an experience I am delighted to have had, but one which I do not intend to repeat.