The August bank holiday in Dorset is throwing some very unseasonable weather at us – torrential rain and high winds. So what do you do when it really is too filthy to be tempted outdoors? Plan the next adventure!

We have been thinking about riding our mountain bikes on an epic trail ride, Coast to Coast across the North of England ever since we walked the route in 2016.

Tim Woodcock’s classic coast to coast route heads east from St Bees, through the Lake District, over the Pennines, through the Yorkshire Dales and across the North Yorkshire Moors where it ends at Robin Hoods Bay. The route we have planned is a distance of 340km with over 7,500m of elevation change. Most of this is on off road trails and follows the Tim Woodcock route closely, except on the first day through the Lake District.

The high bits of the Lake District will be too tricky for us to ride. 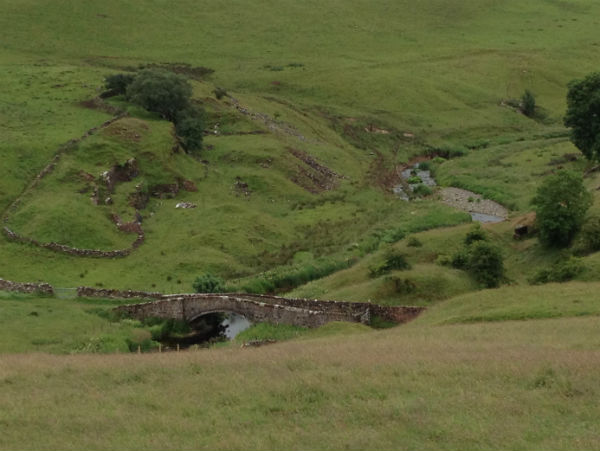 Smardale Bride in the Howgills 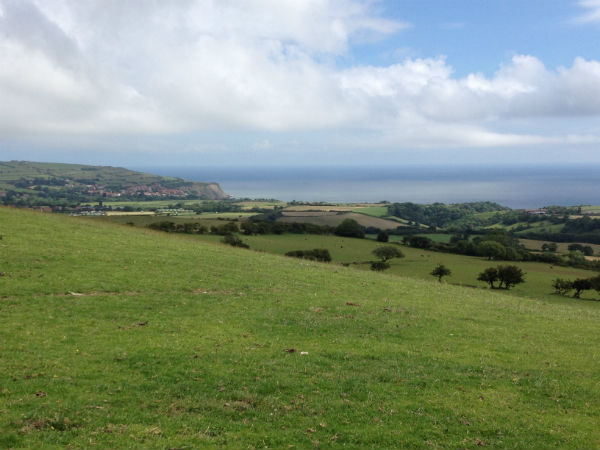 We have been back up North to recce a few of the trail sections, particularly in the Lake District and reluctantly accepted that we were not going to be able to manage the Tim Woodcock MTB trail over the Black Sail Pass. There are not many couples in their sixties who ride mountain bikes let alone take on the C2C challenge. So we have planned a modified route to the North of the official route in the Lake District but from Shap onwards we are sticking closely to the Tim Woodcock route. We have done some research about what we might come across but we don’t know very much. 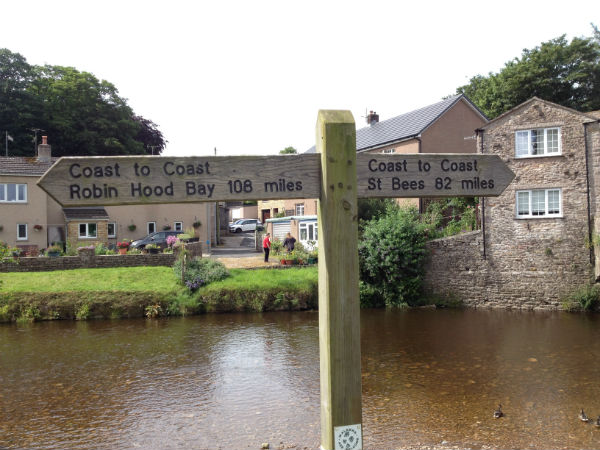 Half way at Kirkby Stephen

Every day we climb above the 400m contour where the weather will play a big part in how we cope with the conditions we encounter. It will be wet and filthy up there with arduous climbs and some long technical stony descents.

Steep climb out of Goathland on the North Yorks Moors

We plan to follow the official bridleway route mostly

Of course, there are nutters who have ridden it in less than 24 hours, but we are giving ourselves a week to enjoy the ride and explore some great trails along the way.

We are hoping it will be fun!

There are some paved sections but the majority of the time we will be trail riding. To add to our enjoyment we are not camping and we are having our baggage transferred every day by Packhorse. This is not actually a horse but a company who make it their business to look after people and their baggage on the Coast to Coast, whether they are walking running or cycling the route.

I will be riding my Giant Anthem and Ian his Marin Mount Vision. Both full suss.

We will be carrying normal mountain safety stuff plus enough bits and bobs to keep the bikes rolling each day. 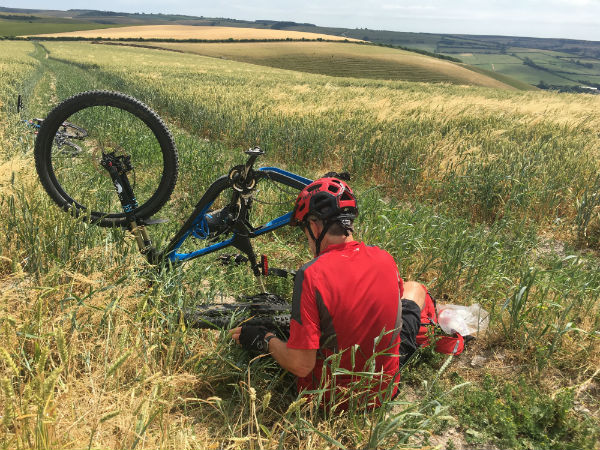 One thing you can be assured of – there won’t be much air time. My preferred option will be both wheels on the ground.