Brownber Hall was lovely and we were sent on our way by Peter and Amanda. The weather was dull and we were expecting drizzle and low cloud.

We hadn’t gone more than a mile before we were entranced by the gorge known as Smardale. Lush green banks enclose a footbridge over a small river which winds away past the shelved sides of ancient quarrying towards a viaduct which completes the scene. 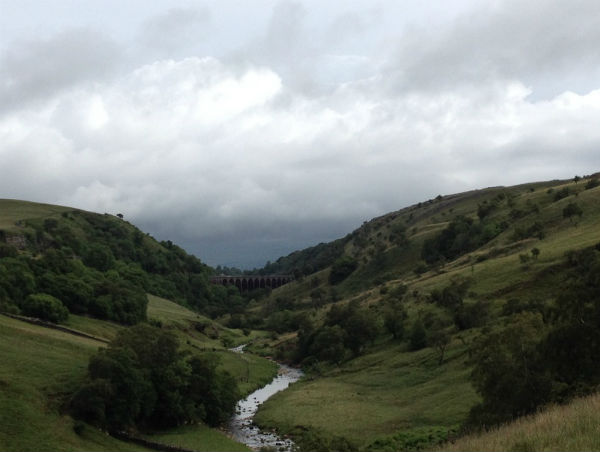 The viaduct completes the scene in this picturesque gorge

One of the real joys of this walk through the English landscape is how a single turn in the path can offer up something completely different: an entirely new scene. Smardale is like that and it was easy to understand as we dropped down to the bridge why the combination of trees, water and a shallow, sheltered gorge offered our ancestors everything they could need.

This area has many unexplained mounds and barrows and dips with names that belong to legend: pillow mounds: giants graves: the several settlement: and even – Robin Hoods Grave . Wainwright remarks that at ground level there’s little to see ‘at least to inexpert eyes: indeed, a man with other matters on his mind could walk across the severals site without noticing any features out of the ordinary’.

The walk is excellent, amongst limestone outcrops with a fine view ahead of the River Eden to Nine Standards Rigg and the high skyline of the Pennines.

We stopped at the next landmark, Kirkby Stephen, for coffee but hastened on over Franks Bridge. The bridge is a 17th century corpse lane bridge and there are stones at the far end where the coffins could be rested on their way from Hartley or Winton. It is said to be named after Francis Birbeck, a brewer. 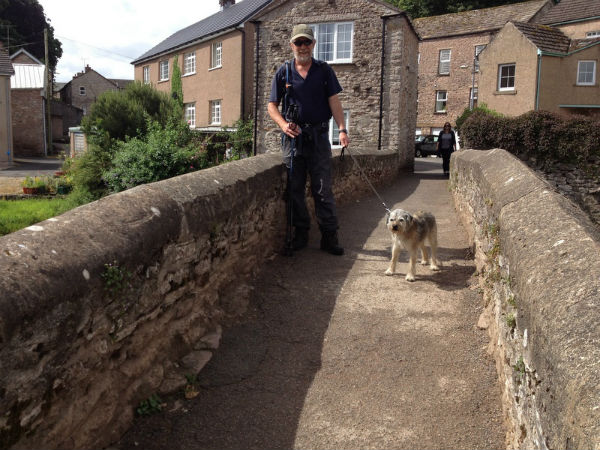 Franks bridge in Kirkby Stephen over the River Eden

As we crossed the river we came across a signpost that verified our position at 82 miles from St Bees. By the time we had finished our walk at Keld we would be half way across the country.

This area – formerly Westmorland, though officially subsumed into Cumbria, had the feeling of a holding pen before we were unleashed into our next exciting area of wilderness. As we left Kirkby Stephen we could see the Pennines rising in a huge barrier ahead.

This is the boundary between Cumbria and North Yorkshire and the crossing of the watershed.

We went through the village of Hartley and climbed steadily out into the pen moorland of Hartley Fell.

It was a long drag up and Archie and I were grateful for a rest on a handy sofa.

Stone sofa on the way up to Nine Standards Rigg

Nine Riggs Standard is at the summit of Hartley Fell. The name is derived from a group of standing stones or cairns, the Nine Standards, located near the summit.

The Nine Standards themselves, some of which were originally more than four metres high, are just to the north of the fell’s summit at a height of 662m. Their original purpose is uncertain but one possibility is that they marked the boundary between Westmorland and Swaledale. Another theory is that they were constructed by the Roman Army to look like troops from a distance!

I was certainly a memorable place for us. We were lucky that the weather had improved and we had great visibility We could see a the High Street Range in the Lake District to the West where we had come from and could just make out the profile of the North Yorkshire Moors in the far distance to the East.

At the summit of Nine Standards Rigg a trig point marks the watershed divide across England. From this point rivers flow West to the Irish Sea and East to the North Sea.

The watershed is a very wet, boggy place and the path is very badly eroded. It took a while to yomp our way across the boggy moor and reach firmer land on our descent towards Swaledale.

Whitsundale Beck gradually gained shape and yes – it was flowing to the East. The path improved as we arrived at the small hamlet of Raven Seat.

We were now in the Yorkshire Dales National park. 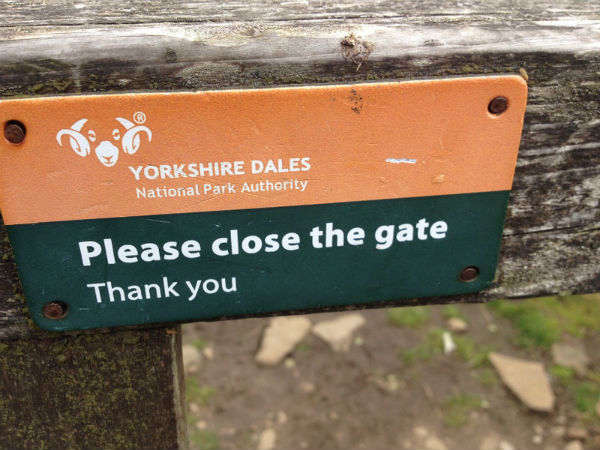 Pleasant walking through walled pastures follows with gates and barns. The beck is always impressive with a fine waterfall being followed by a deep ravine.

The path comes down to meet the River Swale at the B6270. 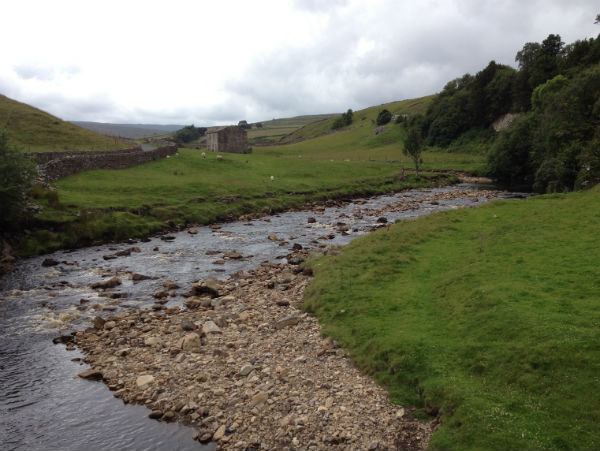 We followed the road into Keld but stopped on the way to view Wain Wath Force – one of many impressive cascades in Upper Swaledale.

Keld is a cluster of stone buildings haphazardly arranged on the banks of the River Swale. Little has changed here. This is the end of Swaledale – beyond this are the wild moors of the watershed.

More importantly – Keld is half way, and Keld Lodge had a bed, food and drink for the three of us. 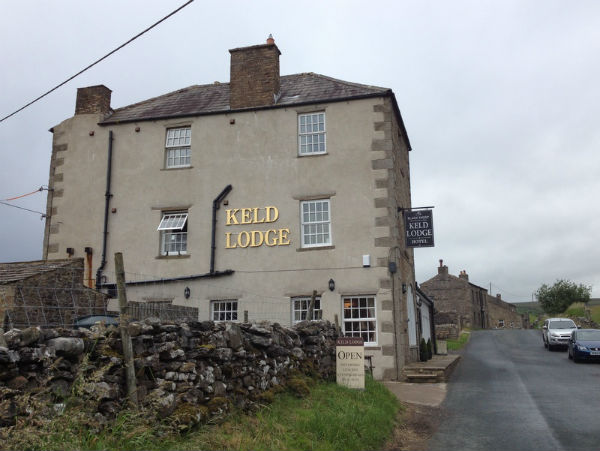