The forecast was for rain but it wasn’t raining when we left Reeth and it didn’t rain all day even though it was quite dull. The day moved us from the Yorkshire Dales to Richmond which is still in Swaledale but much calmer and gentler.

The route we took, although following the Swale, remained high along the hillsides giving us extensive views.

The Swale is now a much bigger river than when we last saw it at Keld. 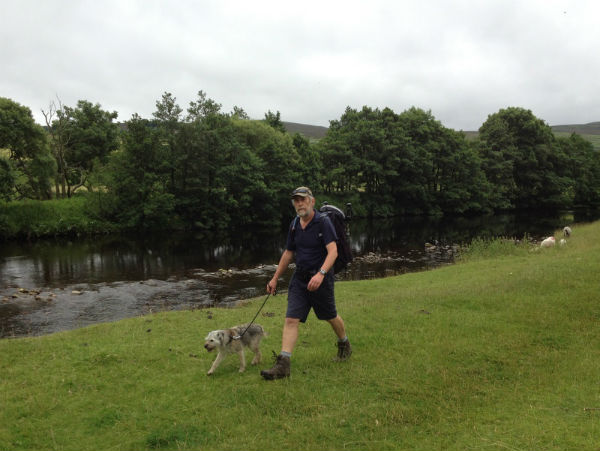 The River Swale has grown fatter since Keld

The route follows the Swale to Merrick. Merrick Priory which is now an outdoor centre had a yellow bicycle up, left over from 2014 when the Tour de France grand depart was in Yorkshire. 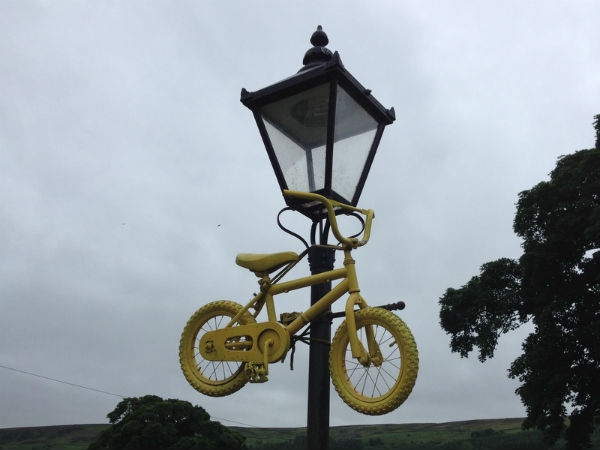 The route crosses farmland through many fields with stiles and gates to Marske which occupies a side valley in the hills, fringed by limestone cliffs. There was livestock in most of the fields so Archie was on his lead. That didn’t stop this bunch of Rams butting him. 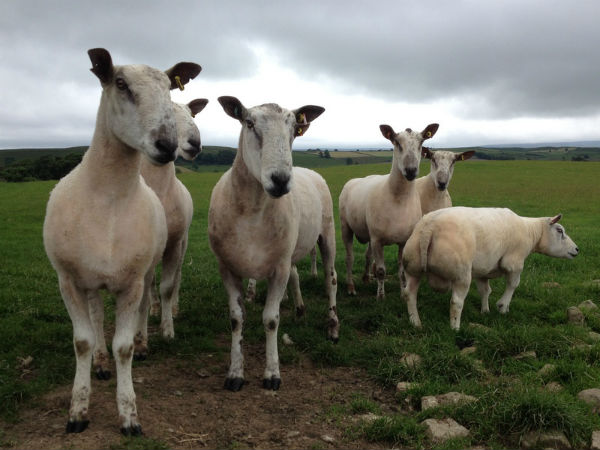 The rams showed Archie who is boss

After Marske the route is along a shelf below limestone cliffs and has lovely views of the Swale in its wooded valley.

One change we did note is that we were required to SHUT gates rather than close them now we were in North Yorkshire.

SHUT the gate (bit out of focus?)

The track became a tarmac road as we entered Richmond.

Richmond is rich in relics from the past with a long history that lingers in the ramifications of its castle and the narrow alleys and ancient buildings. The main market square shows little in the way of modernisation and it was bustling with a busy market when we arrived. 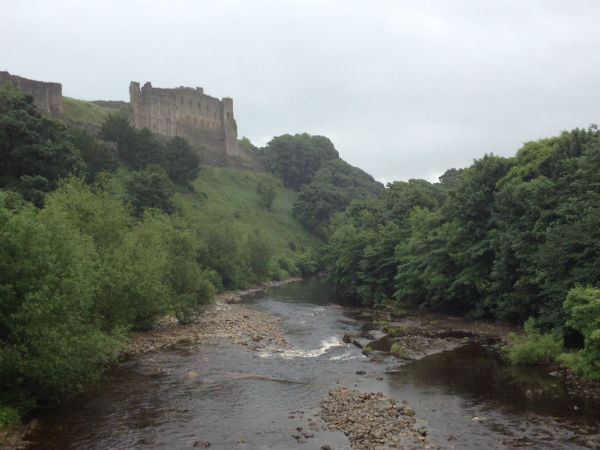 Richmond Castle from Richmond Bridge over the River Swale

It is the largest town on the Coast to Coast route.