We stayed at the Auberge le Beau Site in les Houches because it is situated on the TMB route and very close to where we hoped to return to the Vallee de l’Arve in 12 days time. We left the Auberge at 07:15 with our small 10kg packs leaving our suitcase at the Auberge with a few luxuries for our return. 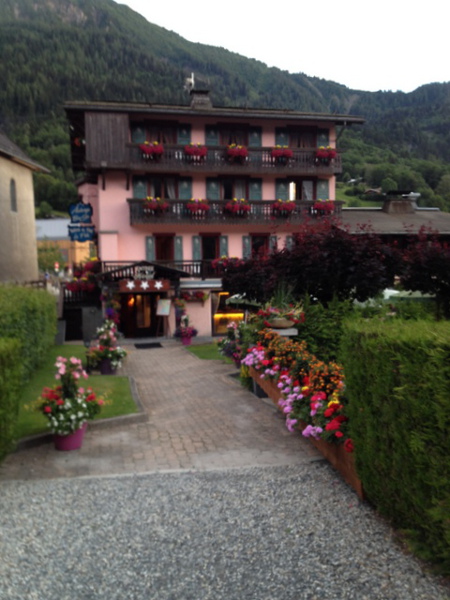 The TMB leaves the valley on a metalled road which winds uphill through buildings at first and then through forest. 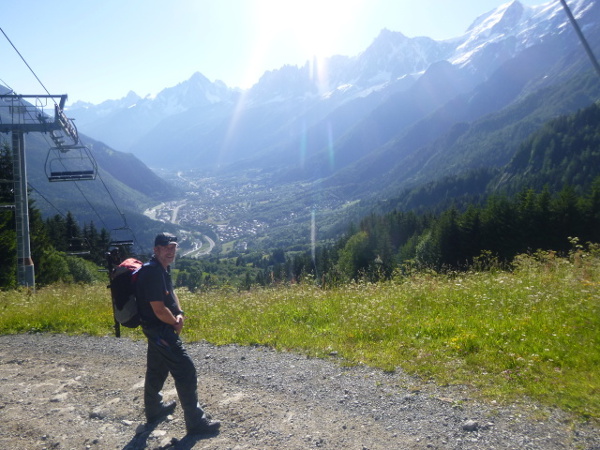 Climbing out of les Houches

After a couple of hours of uphill slog the track eventually emerges on the Col de Voza (1653m) with the Tramway du Mont Blanc. 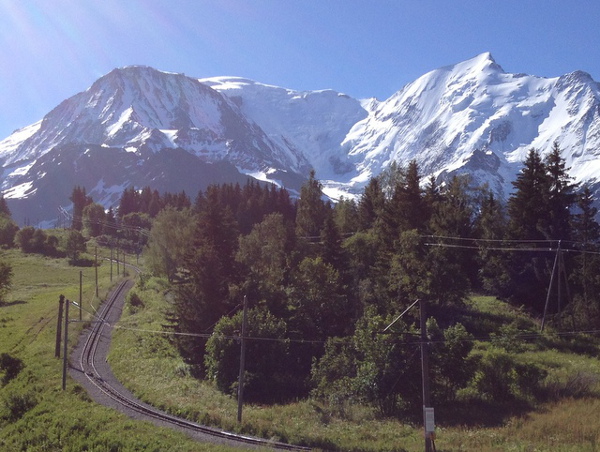 We were taking the more demanding variante over the Col de Tricot which is a true high route, rich in mountain views. As we walked from the Cold de Voza we had a great view of Mont Blanc with the Dome du Goutier and the Bionnassay glacier. 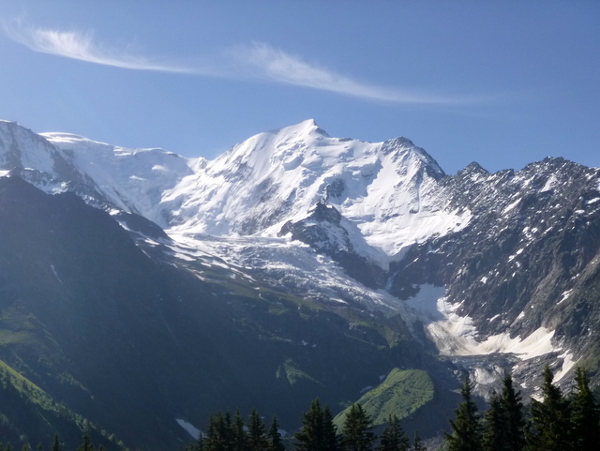 We progressed across a lateral moraine and then across the Himalayan style suspension bridge that crosses the roaring glacial torrent. 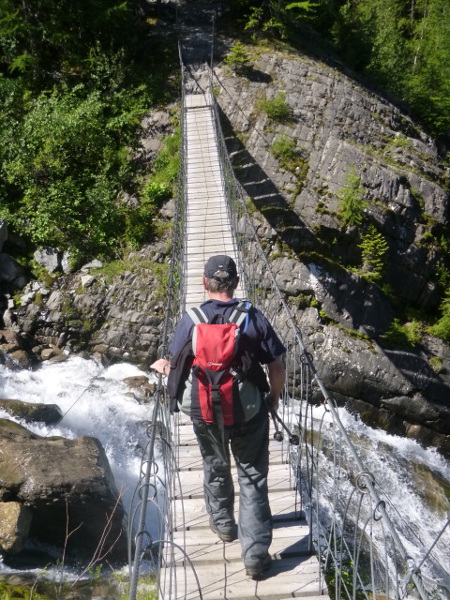 The route now climbed at first through trees and then across open meadow with more great views of the Mont Blanc massif and the Bionnassay glacier to our left. 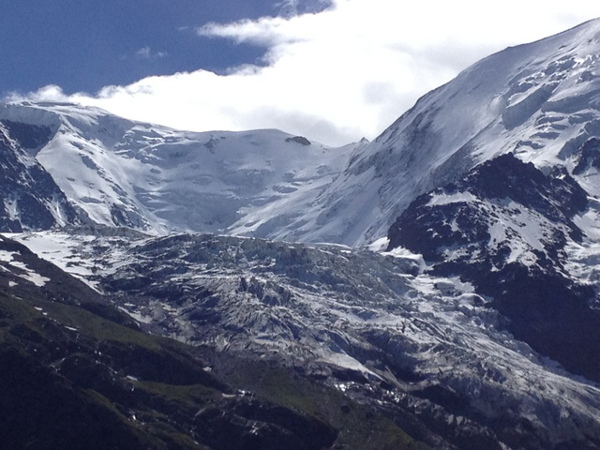 After 500m of ascent from the bridge we eventually arrived at the Col de Tricot (2120m) which forms a grassy saddle between the valleys of Bionnassay to the North and Miage to the South. 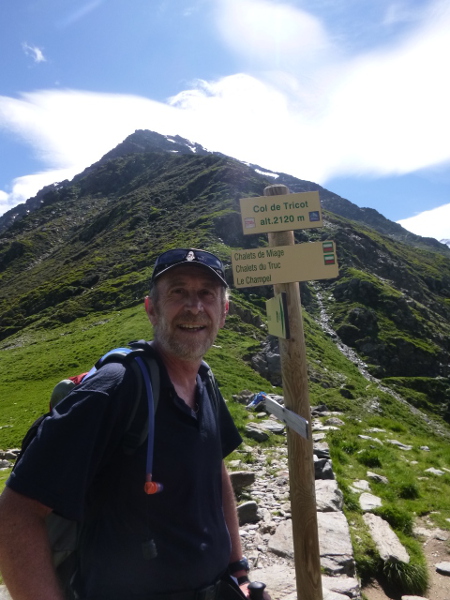 We could see the Chalets de Miage, our destination for the day, huddled almost 600m below us on the edge of the Miage pastures. After an hour of steady descent down the zig-zags we were there.

We had reserved a 2 bed room but were delighted to be shown to our own ‘ little house’. We spent a very pleasant afternoon sitting in the sunshine under the Domes de Miage. 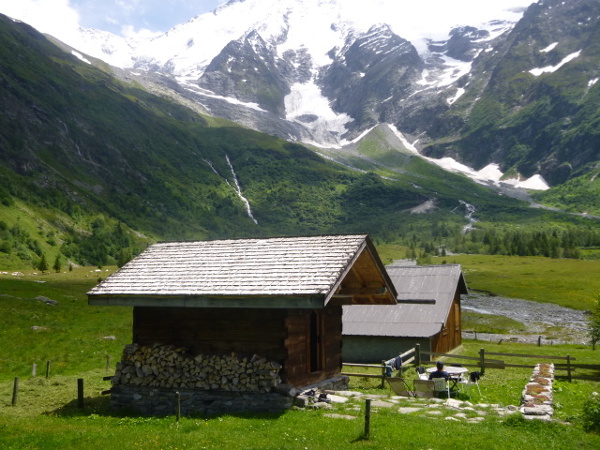 Our accomodation for the night at Chalets de Miage