Auberge du Mont Blanc at Trient had wi-fi so we had a good idea of what the weather had in store for us. We left early, as usual, and walked up the road to Le Peuty where once again we ascended gently though the meadows with their friendly Swiss cows complete with bells.

There was an element of deja vu as we began our ascent to the Col de Balme on a steeply ascending path through woodland.

We had a good view back to Trient with the pink church.

Looking back to Trient and the pink church

The temperature was dropping significantly as we ascended and when we reached the open hillside the wind was very chilly. We stopped at the old hutments of Herbageres (2033m) in a rough hollow and used the tiny bit of shelter the hollow gave us to pile on all the clothing we had. The huts were locked.

Piling on the layers

We discussed the fact that we hadn’t seen anyone going up or down and that we were up there alone. 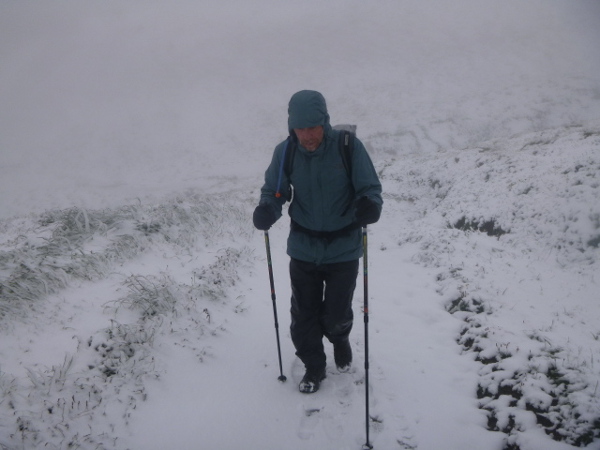 Alone in the snow

However, we were not lost, as the sign clearly pointing us to Col de Balme verified.

We were very pleased to spot Georg and Benedikte, a young Norweigan couple coming up behind us through the mist. Georg was still in shorts so it couldn’t be that cold!

We were very happy to be closing on Col de Balme and having fun in the snow especially now we were not alone.

Fun in the snow

The refuge at the Col de Balme sits on a broad saddle on the border between Switzerland and France.

The refuge at Col de Balme

The Guardien at the Col de Balme refuge has a reputation of being very grumpy and I can verify that this is completely justified.

The Grumpy Guardien at the Col de Balme refuge

However we made our purchased coffee last long enough to warm up and dry out a bit. 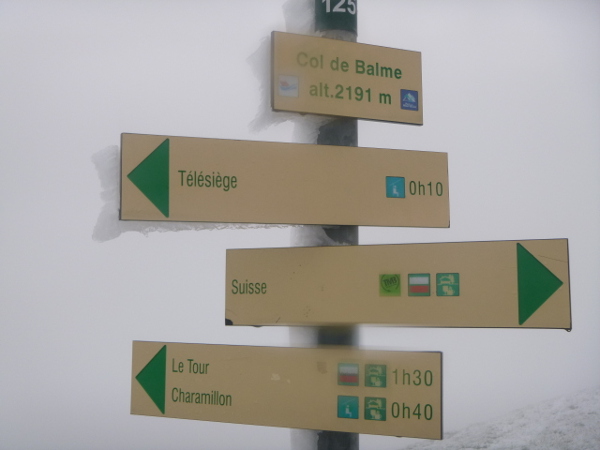 Back to French signage

In view of the weather we took the sensible option and descended directly from the Col de Balme to Le Tour. 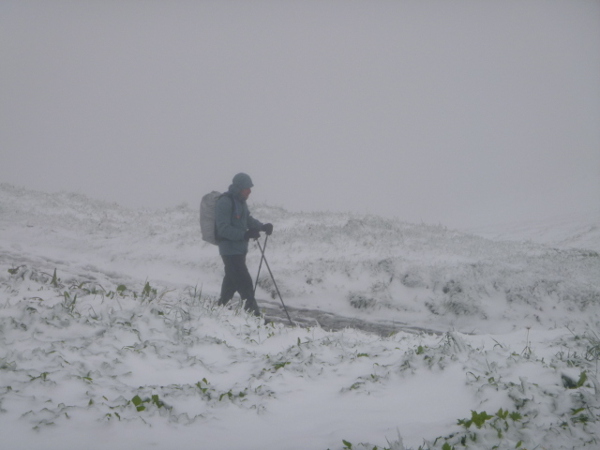 Going down to Le Tour

We still had a further hour to walk to Argentiere where we were booked into the wonderful family run Hotel de la Couronne for one night.

On this gentle walk down the valley we discussed our accommodation options for the remaining 4 nights in France before we flew back to UK. We had intended to stay at Refuge La Flegere the following night but we knew we would be in a large dortoir and we didn’t really fancy that much.

We convinced ourselves that the best option was stay at Hotel de la Couronne for the remaining 4 nights and complete the last 2 days of our TMB as day walks from the Hotel.

The Hotel was actually fully booked for the Saturday night but they managed to juggle rooms around so they could oblige us. This made us very happy! 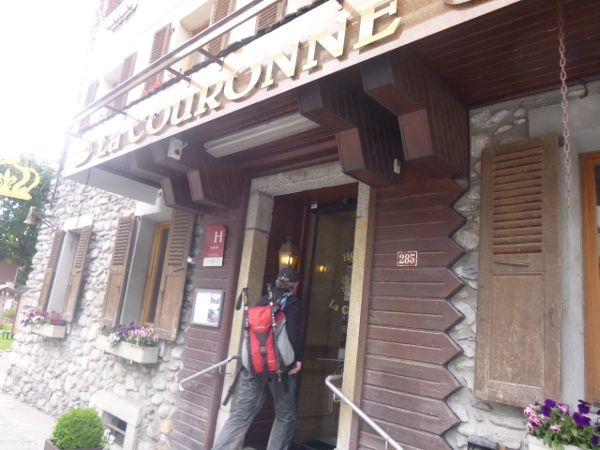